China is taking decisive steps to protect itself from a widening U.S. technology ban, with imports of computer chips and the machines that make them surging last year.

And with companies like Huawei Technologies Co. stockpiling supplies ahead of U.S. sanctions, imports of computer chips climbed to almost $380 billion — making up about 18% of all of China’s imports for the year.

The U.S. has steadily restricted Chinese firms’ access to American technology, pushing Beijing to redouble efforts to develop a domestic chip industry after years of slow progress. The Trump administration’s actions exposed China’s vulnerability in this key sector — and even with President Joe Biden now in office, Beijing is pushing ahead with a sweeping new plan to become self-sufficient in semiconductors.

“In the near term, China is dependent on imports to advance its semiconductor manufacturing,” said Dan Wang, a technology analyst at Gavekal Dragonomics in Shanghai. “China does not yet have the capability to produce the advanced chipmaking equipment it needs. The country is investing heavily, but success will require more than a decade-long effort.”

Chinese companies like Semiconductor Manufacturing International Corp. have ramped up their purchases of the machines needed to make silicon wafers and computer chips. China became the largest market for such equipment in 2020, according to a December report from SEMI, an industry association.

With Huawei and other tech companies stockpiling chips ahead of U.S. restrictions, imports surged about 14% in 2020. Huawei was blacklisted by the U.S. government, preventing it from buying the chips and other components from American suppliers it needs for smartphones and communications equipment. The Trump administration tightened rules even further to stop any company that uses American gear from supplying Huawei.

China’s chip purchases also soared because of strong global demand for computers and work-from-home technology during the pandemic. A large portion of chips imported by China are assembled into devices from smartphones to laptops and then exported.

One of the big winners of that surge in chip demand was Taiwan, with orders at Taiwan Semiconductor Manufacturing Corp. and other firms climbing and Taiwan’s economic growth outpacing China’s for the first time in 30 years. Soaring demand also contributed to global shortages of chips for carmakers, forcing some auto plants to halt production.

Demand should continue to increase this year, with the Semiconductor Industry Association forecasting in December that global chip sales would gain 8.4% this year, continuing to benefit firms like TSMC, Intel Corp., and Samsung Electronics Co. Chinese firms also will continue to buy equipment as they seek to produce more of their own semiconductors, likely helping the sales of companies like Tokyo Electron Ltd. and ASML Holding NV.

“We expect that China will take a more balanced approach in chipsets imports, sourcing high-end chipsets that China is not able to manufacture for now from global vendors,” said Charlie Dai, a technology analyst at Forrester Research Inc. “China will also strategically make investment to accelerate the localization of high-end chipset manufacturing, which is all about addressing the geopolitical challenge.”

Whether this bonanza for foreign technology companies lasts will depend on China’s success and pace in developing a self-sufficient semiconductor industry.

The government will announce details of its five-year economic strategy in March, and has already cited self-reliance in technology as a national strategic goal. Central to that is China being able to manufacture its own chips and reduce reliance on foreign know-how. That, in turn, could see foreign companies losing their share of the Chinese market and domestic competitors becoming stronger.

For more articles like this, please visit us at bloomberg.com

Subscribe now to stay ahead with the most trusted business news source.

Thu Feb 4 , 2021
By Katie Ellis February 04, 2021 The Nov. 7 cyberattack on the campus network failed in one respect — no data exfiltration (withdrawal) was detected. The disruption to the campus, however, was a different matter as Information Technology Services staff worked around the clock for weeks to restore systems from […] 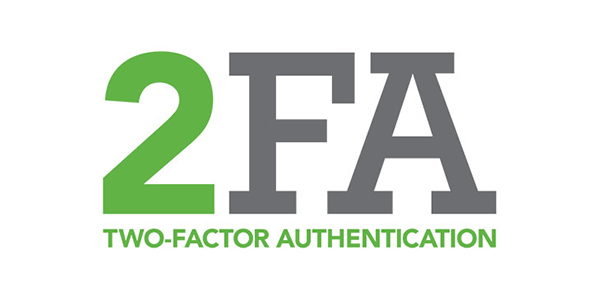 The First Laptop Was Around A Century In the past

What Is A Microphone?

Are Stainless Steel Necklaces and Chains a Good Investment?