It was 1:30 a.m. just days before the new year, and the 22-year-old employee of Pinduoduo, a Chinese e-commerce company, was leaving after a long day of work. Suddenly, she clutched her stomach and collapsed. Her co-workers rushed her to a hospital, but six hours later, she died.

Less than two weeks later, a young Pinduoduo worker leaped to his death during a brief visit to his parents. The next day, a third employee said he had been fired after criticizing Pinduoduo’s work culture.

The day after that, a delivery driver for another technology company set himself on fire, demanding unpaid wages.

“I want my blood and sweat money,” he said in a video shared widely on Chinese social media in recent weeks.

The string of deaths and protests has reopened a national debate around the power of China’s biggest technology companies and the expectations they impose on their employees at a time when internet giants around the world are under fierce scrutiny.

Users have called for boycotts of Pinduoduo, one of China’s biggest online shopping platforms. Authorities in Shanghai, where the company is based, announced an investigation into its working conditions. The company is no longer co-sponsoring the state broadcaster’s Lunar New Year gala, China’s most-watched television program.

Pinduoduo said in statements that it would offer employees psychological counseling. It also released a screenshot of a message that it said was from the father of the female employee who died, thanking the company for its support. A Pinduoduo spokesperson declined to comment further.

Both the government and ordinary citizens have begun turning on the companies they once held up as symbols of China’s growing superpower status. Chinese officials recently announced an antitrust investigation into Alibaba. Jack Ma, that e-commerce group’s billionaire co-founder, has become a favorite villain online. Regulators abruptly halted the much-anticipated initial public offering of Ant Group, Alibaba’s sister company.

The furor also speaks to broader concerns that decades of seemingly unlimited economic promise are ending. Despite China’s rapid recovery from the coronavirus outbreak, many blue-collar workers are struggling. Young white-collar workers have grown increasingly vocal about long workdays, bleak job prospects and dissatisfaction with the rat race.

Lyu Xiaolin, an employee at a major Chinese tech company, said she had discussed the Pinduoduo deaths extensively with colleagues, who agreed that the idea of unbearable work pressure felt all too familiar.

“The conclusion was this is too terrible, and we have to cherish our own lives,” she said. “We should make sure to leave work earlier in the future.”

She herself had switched roles in her company, which she did not want identified for fear of retaliation, because her previous job often required her to work until 11 or 12 at night, sometimes even 3 a.m. She had sought therapy to ease the mental burden.

China’s hypercompetitive work culture, especially in the tech world, has been a frequent source of concern and criticism in recent years. While many once celebrated the growth-at-all-costs attitude as an engine for China’s development, young employees have increasingly complained of the cost to their health and personal relationships.

That discontent exploded prominently in 2019 when rank-and-file tech workers organized a rare online protest against what is commonly known as “996” culture — workdays that stretch from 9 a.m. to 9 p.m., six days a week — and pushed awareness of China’s labor law, which generally prohibits workdays exceeding eight hours without overtime pay. But companies insist the long hours are voluntary, and authorities, wary of any unofficial mobilization, censored many discussions of the movement. The internet moved on.

The debate has erupted anew.

On Jan. 3, an anonymous user on Maimai, a professional networking platform, wrote that a friend at Pinduoduo had died unexpectedly and blamed the company. The post gained traction, and Pinduoduo confirmed that an employee surnamed Zhang had died on Dec. 29 on her way home.

There was no public explanation of the cause of death, but many online linked it to overwork. Users noted that Zhang had been working on a new online grocery product that Pinduoduo had promoted heavily, and that the company’s chief executive, Colin Huang, had just been named China’s second-richest person.

Outrage mushroomed further when Pinduoduo appeared to dismiss Zhang’s death. “Who hasn’t exchanged their life for money?” said a post from an official Pinduoduo social media account on Jan. 4.

The post was quickly deleted. The company claimed screenshots were fake, then backtracked and blamed a contractor.

Then on Jan. 9, Pinduoduo announced that a second worker, identified by the surname Tan, had jumped from a building while visiting his parents, though no reason was publicly given. The next day, a former engineer at Pinduoduo who uses the screen name Wang Taixu posted a video on Weibo, claiming that he had been fired after sharing a photo of an ambulance outside his office. His caption suggested that yet another colleague had fallen.

“Maybe I’m still studentlike and haven’t learned to be a professional who hides my thoughts and protects myself,” he said in the video, which has been viewed more than 64 million times. “But I think the world should not be like this.”

Pinduoduo confirmed in a statement that a former employee surnamed Wang had posted the video. It said he had been dismissed not for the ambulance photo but for other “extreme statements” he had made online criticizing the company.

He said he admired Wang because, though many privately criticized their employers’ expectations, few dared go public. (Chen said he had left a job that required 996 and now worked at a company with shorter hours.)

“When unreasonable things happen, and in fact happen to those around you or you yourself, how many people are willing to stand up?” he asked. “We need laws to help people draw a bottom line.”

He added that the topic of working conditions was not limited to one industry or company. “This is a topic for our entire society.”

After Liu Jin, the delivery driver, set himself on fire, Weibo users accused Ele.me, the food delivery company that he said had withheld his wages, and Alibaba, its parent company, of exploitation. They pointed to another Ele.me driver who had died while making deliveries in Beijing in December.

Liu survived, and Ele.me later said it was “saddened” by the event and would pay his medical expenses.

Overwork again came under scrutiny in recent days when a court in Shandong province revealed that a Shanghai property management firm had fired an employee for taking unauthorized leave to attend his father’s funeral.

Suji Yan, the founder of a cryptography company in Shanghai, said the pandemic had helped tech users realize their own reliance on a few big companies and the business practices behind them. That is building into broader pushback against tech companies — not only on behalf of highly paid, highly educated programmers but also to support lower-wage workers, too.

“In 2019, lots of people were arguing: ‘Hey, you guys are really the elite class. You should not ask for more,’” said the 24-year-old entrepreneur, who was closely involved with the anti-996 protests in 2019. Now, people feel that “developers’ fate is connected with the destiny of those delivery guys.”

Entry-level employees at Alibaba, Tencent and other major tech companies earn between $30,000 and $60,000, according to posts by recruiters or on job-seeking websites. The average salary for a fresh college graduate in China in 2019 was about $10,000, according to government statistics.

The pressures of the postepidemic job market had also helped generate sympathy for lower-wage workers, as even college graduates have been forced to take on gig work, said Zoe Zhao, who researches activism in China’s tech sector at the University of Pennsylvania.

But that pressure could also make it even more difficult for workers to enact real change, given fears of unemployment.

Lyu, the tech employee, said that for every employee who tired of the working conditions, dozens more were willing to take that employee’s place.

Sat Feb 6 , 2021
Social media platforms have immense power, from shutting down voices to amplifying what we see. But is that singular power perilous to democracy? Guests Shoshana Zuboff, professor emerita at Harvard Business School. Author of “The Age of Surveillance Capitalism.” (@shoshanazuboff) Guillaume Chaslot, founder of AlgoTransparency. Mozilla fellow. Advisor at the Center […] 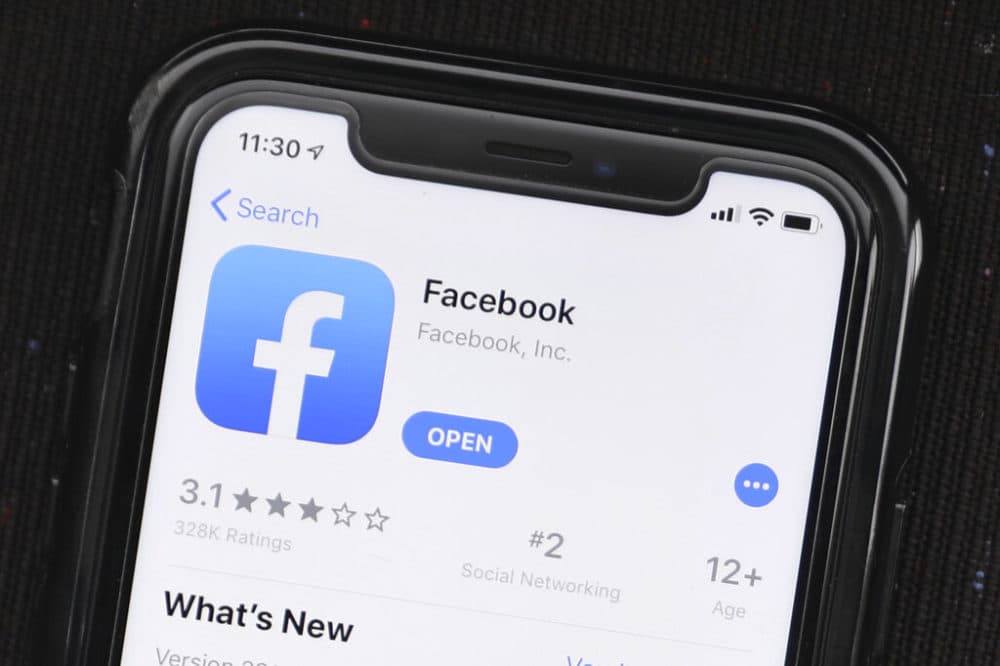