Tesla CEO Elon Musk and Jeff Bezos, founder of Amazon and rocket company Blue Origin, have been in a space race since Musk established his space exploration company, SpaceX, in 2002.

That race may have become a little tighter this week after Bezos announced he plans to step down from Amazon’s top job and serve as executive chairman in order to spend more time on other “passions,” such as his rocket company.

While it’s not certain that Musk may be looking to shift more of his own time to SpaceX to stay ahead of Blue Origin, pulling back from Tesla could be problematic, considering the numerous challenges and potential setbacks the California-based automaker is currently facing.

For one thing, under pressure from federal safety regulators, Tesla agreed this week to recall almost 135,000 electric sedans and SUVs due to a defective touchscreen that could make it difficult for drivers to operate key safety systems, potentially leading to a crash.

Tesla has also found itself falling well behind on the launch of a trio of critical new products, its Semi heavy-duty truck, Cybertruck pickup, and flagship Roadster. That could cause problems when it comes to repeating the first-ever annual profit the automaker reported for 2020.

It all adds up to challenges that make it unlikely Musk can detach himself, to any significant degree, from Tesla, said Sam Abuelsamid, principal auto analyst with tech research firm Guidehouse.

“At SpaceX, he has an extremely competent manager” in SpaceX President and Chief Operating Officer Gwynne Shotwell, but there’s no one who could step into the day-to-day leadership role at Tesla, Abuelsamid said.

If anything, after Musk announced on Tuesday he would be going silent on social media, he may be able to direct focus to Tesla without the usual interruptions.

The recall announced this week covers two of Tesla’s original product lines, Model S sedans built between 2012 and 2018, and Model X SUVs assembled between 2016 and 2018.

The safety agency received over 12,000 reports related to the problem when it upgraded its probe last November and, on Jan. 13 took the unusual step of requesting a recall in a letter sent to Tesla. It cited a presentation by the automaker that “confirmed that all units will inevitably fail.”

For its part, Tesla tried to downplay the problem and advised Tesla owners to install software upgrades that would partially restore the screen’s functionality — but still limit vehicle operations. After initially charging owners out of warranty for repairs, Tesla late last year began making repairs for free. It now will recall and replace all of the suspect touchscreens.

However, the problem has generated plenty of controversy online and among safety advocates who had previously criticized Tesla for a variety of issues, including the semi-autonomous Autopilot system that was linked by regulators to at least three fatal crashes.

Tesla has raised new concerns with a promise to bring out a completely hands-free version, as well as its announcement that the steering wheel for its high-performance Model S Plaid+ edition won’t feature turn signals or shifter, using AI technology to intuit what the driver likely wants to do.

“No more stalks. Car guesses drive direction based on what obstacles it sees, context & nav map. You can override on touchscreen,” CEO Elon Musk wrote in a tweet, adding that drivers can override the vehicle using the screen.

With a flood of new competitors like the Ford Mustang Mach-E and GMC Hummer threatening to catch up “over the next couple years,” Lindsay Brook, a long-time automotive technology specialist, feels Musk “has to sell bombast,” to maintain Tesla’s apparent lead, “whether, in some cases, it’s fully validated or not.

“I don’t think he wants to put things into the market that are dangerous,” Brook said, “but he’s in a gray zone.”

Tesla appeared to get a big boost when, last month, it reported its first full-year profit. But, as analysts dug into the numbers, the data proved a bit grayer than it first seemed. The company still lost money building and selling vehicles. It went into the black by selling zero-emissions credits to competitors.

As for the product launch delays, Tesla has a history of running late. After getting its Models 3 and Y out relatively on time, it is falling back into old pattern of revealing a prototype and then delaying a product.

The second-generation Tesla Roadster expected to serve as a halo car debuted in concept form in November 2017 and was first expected to reach market in 2020. It was pushed back last year due to the coronavirus pandemic and has been delayed again, until at least 2022, Musk announced last month.

Tesla received several hundred thousand advanced reservations for the Cybertruck pickup after its November 2019 unveiling. It was expected to be in production this year but likely also will be delayed until 2022, at least in part because a new factory in Texas is still far from completion.

That also is a factor in the delay of Tesla’s all-electric Semi, though Musk has said the main reason is that “we simply don’t have enough cells for it.” The company and battery partner are frantically trying to boost production at the Gigafactory plant in Reno, Nevada.

Further delays risks not only alienating potential buyers, but could send customers over to the competition.

A Wolf In Sheep’s Clothing

Thu Feb 4 , 2021
‘Werewolf: The Apocalypse-Earthblood’ is out now on PlayStation, Xbox, and PC. Nacon Cards on the table: before playing Werewolf: The Apocalypse–Earthblood, it was hard not to see it as a gaming non-event. Around 12 hours later, after completing its short but surprisingly fulfilling campaign, it doesn’t just make a mark–once […] 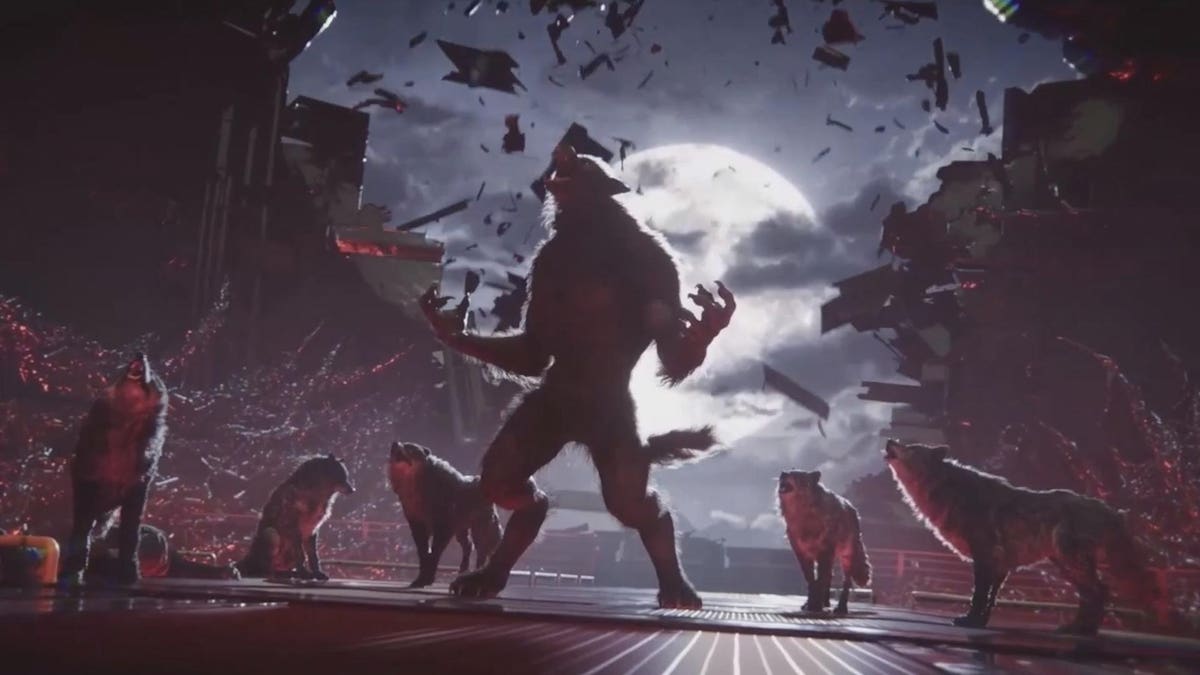